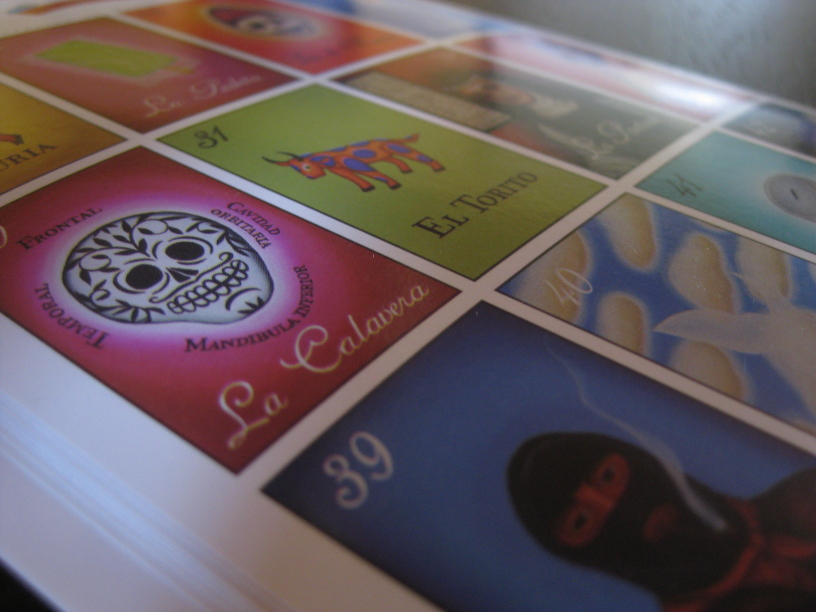 You may be surprised to know that the quintessential Mexican game Lotería has its origins in Europe and came to Mexico by way of Spain. Often referred to as "Mexican bingo", you may not have played it but will certainly recognize the game's colorful imagery, including an anatomically correct heart, el corazón, la calavera (the skull), el borracho (the drunk) and even la muerte (death).

How to Play Lotería

Each player receives a tabla with 16 images displayed 4 by 4. One person, el cantor calls out an image randomly selected from a deck of cards. Anyone who has the image called on his tabla marks it and works towards 4 images in a row. Once a player has 4 images in a row, he calls out "lotería".