On the same road where you'll find Séptima and Ruca Malén, relatively new winery Sottano is making some great wines and is opening its doors to winery tours. The winery is a shared project of the three Sottano brothers, natives of Mendoza with Italian heritage and a family history of bulk winemaking. The winery building was designed by the brothers with the goals of fitting into the desert landscape of Mendoza and on the inside, being able to see all aspects of the winery from one place: the cellars and barrels, the tanks, the vineyard, and, of course, the beautiful Andes mountains that provide the water runoff that makes grape-growing possible in Mendoza. This enormously cute winery in Valley de Uco of Mendoza, Argentina, La Azul is one of the smallest production wineries we've visited. Perhaps their size allows the focus and attention needed to produce some incredible wines. Like many wineries in Mendoza, Azul is a relatively new winery in Argentina with its first wines produced in 2003.

Perhaps one of the wineries in Mendoza that best encapsulates the gaucho image and lifestyle of Argentina is Hacienda del Plata. The winery actually grew out of the ranching lifestyle: its parent company a famous grain grower in Cordoba, Argentina. In 1999, the company started the winery, and all of its wines have names related to the ranching industry: Zagal (the name for a young man who works on a ranch), Arrieros (named after an older cattle driver), Mayoral (the boss of the ranch), and Cumbre (the summit, in this case the Andes). Ten years ago, French wine group Edonia purchased Alta Vista from its Spanish owners in the Luján de Cuyo region of Mendoza, Argentina. The winery is beautiful: in addition to the typical vineyard and mountain view, the entrance is lined with full lavender plants and ancient olive trees. Like CarinaE, Alta Vista has done a great job of keeping with tradition while having their own modern style. The winery building and equipment has been restored for their needs but in a historically-minded way.

Frederico Casonne from Familia Cassone Winery in Mendoza, Argentina describes the world of wine as divided into two groups: Old World wines from France, Spain, Portugal, Italy and Germany and New World wines crafted in Argentina, Chile, United States, New Zealand, and South Africa. Without history and tradition on their side, New World wineries hope to create a new kind of wine, with their own style and distinct taste.

The Cassone Family and their Wines Winery Achaval-Ferrer started out in 1999 as an experiment. The winery owners saw great potential to make premium Malbec wines in Argentina, a purpose which they have pursued with gusto. The winery focuses on quality and making high-end wines, resulting in a small production of 12,000 bottles per year of which 80% will be consumed outside of Argentina. 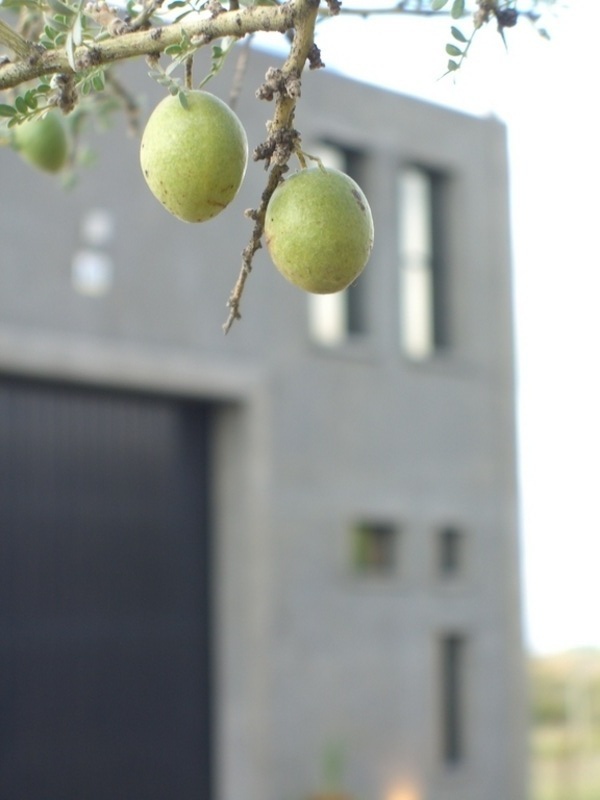 The Story behind Viña Cobos

When Greg tried the first wine, a 2006 Chardonnay from Viña Cobos, he immediately remarked with a look of surprise, "oh, wow". His comment carried over to all of the wines we tasted from Viña Cobos, perhaps owing to fact that one of its owners is a California winemaker, a region that has formed the basis for many American wine-palates.

The winery's first harvest was in 1998, but its story starts in California, when Luis and Andrea went to work in the wine industry and met oenologist and winery owner Paul Hobbs. Throughout their time together, they came to the agreement that they would start a winery in Argentina, a country with limitless potential to make great wine. The winery started with $80,000, much of which was lost in the 1998 harvest, a notoriously bad year for Argentine wineries. A barrel with wineglasses sits at the entrance of Pulenta Estate Winery, welcoming visitors to the winery, luring them to taste delicious wines. Sauvignon Blanc grapes ripen next to the beautiful, modern, and naturally landscaped facility.